back to top
This site uses cookies to improve your browsing experience. By continuing to browse this website you are agreeing to use our cookies. Get more information or Dismiss

Situated on the corner of Canal Street & Princess Street, in Manchester's Gay Village, the New Union is a friendly mixed bar. The building's stained glass windows depict those countries including Canada, New Zealand & Australia. It has been a gay venue for as long as anyone can remember, in the 50s the owner went to prison for running a public house of ill repute. The name was changed to the New Union in the 70s, the pub was extended in the 90s to cater for the increasing number of visitors to the Gay Village.

”
user ratings
0 out of 5 stars overall rating (0 reviews)
the venue
the music
the staff
the price
the crowd
the drinks
Looking to contribute? Please login to update this venue.

0 people have been here!
If you've been here share your experience with others and give it a review.
All posts are reactively-moderated and must follow the house rules.

showing 0 out of 0 reviews

Please login to leave your review. 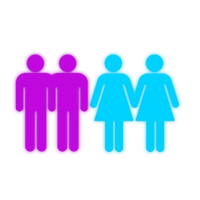 Find your nearest gay bar, club or event by entering a location or postcode below.

Have your say up north and down south! It's Free and Easy
I've forgotten my password